Prejudice has something in common with ideals, beliefs and faiths. We must be able to think together; but our prejudices, our ideals and so on, limit the capacity and the energy required to think, to observe and examine together so as to discover for ourselves what lies behind all the confusion, misery, terror, destruction and tremendous violence in the world. Thought is the common factor of all mankind.

Thought is the common factor of all mankind.

There is no Eastern thought, or Western thought; there is only the common capacity to think, whether one is utterly poor or most sophisticated, living in an affluent society. Whether a surgeon, a carpenter, a labourer in the field, or a great poet, thought is the common factor of all of us. We do not seem to realize that thought is the common factor that binds us all. You think according to your capacity, to your energy, your experience and knowledge; another thinks differently according to his experience and conditioning. We are all caught in this network of thought. This is a fact, indisputable and actual… 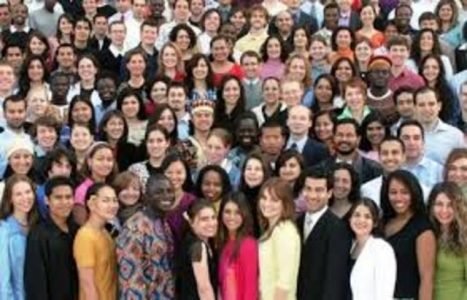 So, then, what is man? He has been programmed to be Catholic, protestant, to be Italian or British and so on. For centuries he has been programmed – to believe, to have faith, to follow certain rituals, certain dogmas; programmed to be nationalistic and to go to war. So his brain has become as a computer but not so capable because his thought is limited, whereas the computer, although being also limited, is able to think much more rapidly than the human being and can outstrip him. These are facts, this is what actually is going on. Then what becomes of man? Then what is man? If the robots and the computer can do almost all that the human being can do, then what is the future society of man? When cars can be built by the robot and the computer – probably much better – then what is going to become of man as a social entity?

These and many other problems are facing us. You cannot any more think as Christians, Buddhists, Hindus and Muslims. We are facing a tremendous crisis; a crisis which the politicians can never solve because they are programmed to think in a particular way – nor can the scientists understand or solve the crisis; nor yet the business world, the world of money.

The turning point, the perceptive decision, the challenge, is not in politics, in religion, in the scientific world, it is in our consciousness. One has to understand the consciousness of mankind, which has brought us to this point.